Posted by Executive Director - Valley Unified Regional Service Center on August 14, 2018
The Maine State Board of Education met today for their annual summer retreat and meetings.  On the agenda for New Business for today's meeting was the Integrated, Consolidated, 9-16 Educational Facility, also known as the pilot school.  The board was notified that as of the release of the June 13 priority list, where Valley Unified continued to be first place on the priority list for the project, no further appeals have been filed. 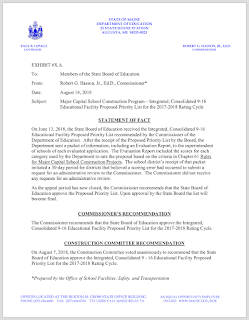 The Commissioner of Education's recommendations to move projects from the priority list to the approved list, begins the local planning process. Local school districts then begin to work in earnest on site selection, school design, program design, and governance (which will be critical to the success of any regional school).

Valley Unified Regional representatives have been invited to Augusta on Thursday, August 16 to discuss the next steps in the process.  More news to come! 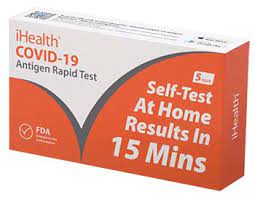 Last week, the Maine Department of Health and Human Services and the Mills Administration announced expanded eligibility for free mail-order COVID-19 tests to all Maine households.  As part of the announcement, the administration " encourages families and school staff to order these free home tests as soon as possible. Testing before returning to school following February vacation week will help prevent the school-based transmission of COVID-19 as students and staff return on February 28."   Any Maine resident can visit the Project ACT website,   AccessCovidTests.org , to place their order. The program is limited to one order per residential address during this first phase of the project.  Let's do our part to keep COVID out of our schools upon returning from February break.  Get your free tests now and use them prior to your children returning to school! 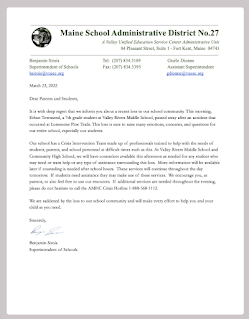 Tragic Loss to our School Community

Please see the attached letter regarding the tragic loss of a Valley Rivers Middle School student.  Please keep the family in your thoughts and prayers.   Click here or the image above. As part of Valley Unified and the member School Administrative Units of MSAD27, MSAD33, and the Madawaska School Department to continue to communicate with the public about positive COVID-19 cases in schools, we have decided to reinstate a Valley Unified COVID-19 Dashboard, which will identify the following information for each Valley Unified School: Current # of Individuals who are Required to Quarantine   Current # of Individuals who are Positive for COVID-19 Total Cumulative Positive COVID-19 individuals since the start of the school year Now, when a change has been made to the COVID-19 tracker for the school your child attends (or the school you work in - for staff), we will notify you of that change by email and/or texting you the link to the tracker so you have the real time data associated with the school.   The tracker can be accessed directly here:  https://bit.ly/VUcovidDashboard Each school district website will also include the link to the Dashboard for easy access.  We ho